Lentigo Kennels
Our English Setters... my Kennel Name is Lentigo....  Lentigo- freckles- as the English Setter has Belton markings like freckles

My first English Setter was Lentigo Lady Ty- Ty a gift from my Uncle Len-- she was a beautiful Orange Belton bitch.. friendly, cuddley, a true little lady.


My first Champion English Setter was Cdn. Ch. Wragge Run's On A Top of the World - Bentley a truly friend and wonderful pup. 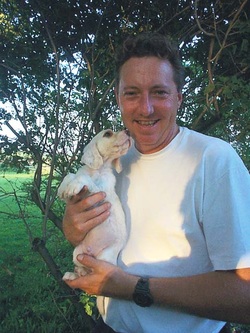 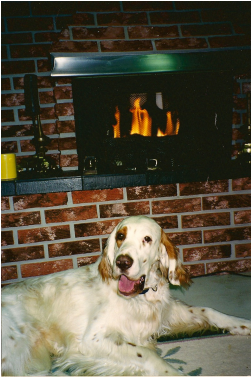 My first Canada Champion Dog Can. Ch. Wraggle-Run On Top of the World - BENTLEY 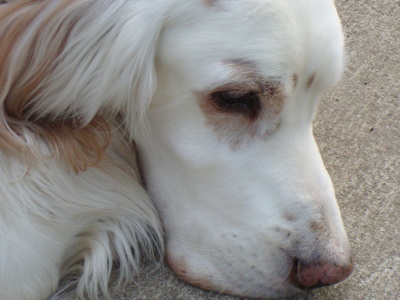 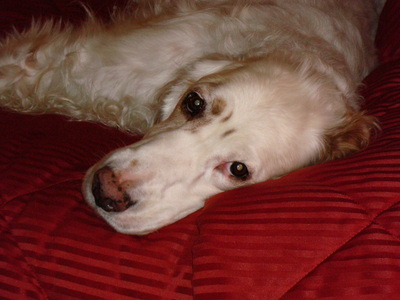 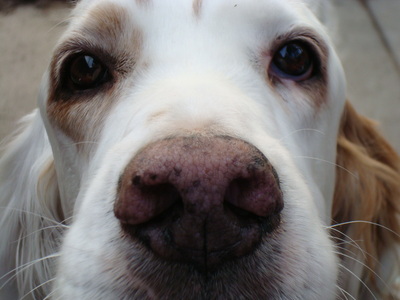 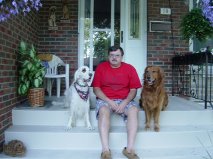 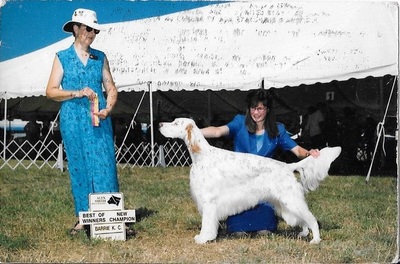 Next was Cdn/Am Ch. Weymouth Lentigo Rock my World - Jack , this strong Blue Belton Male is the foundation male to my English Setter line.  He has sired 3 litters, the next litter planned  and will be a repeat breeding with my bitch Stella in the spring of 2012

Don't forget to stop and smell the flowers 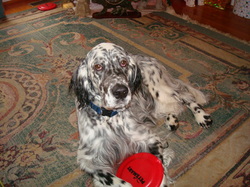 Puppy Jack with his toy 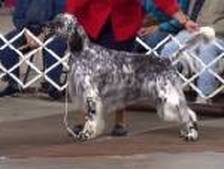 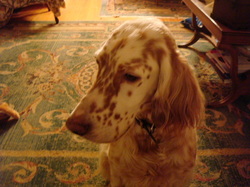 STELLA-- Briary Stilton- came to live with us thanks to Brian and Mary Schram... Soon after she was bred to our JACK and produced 8 very nice puppies- two of which live with us.  - JOHN & VANESSA

STELLA's second litter was with ENZO   The Storm Litter 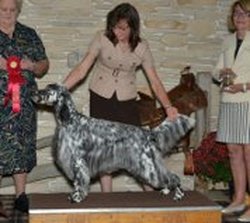 VANESSA  Can Ch. Lentigo's Driving my Heart Around 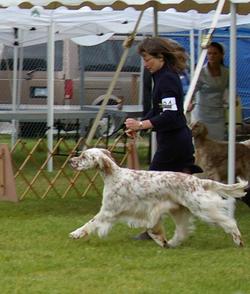 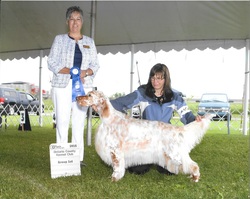 This beautiful bitch is co-owned by myself and Susan and Norma Allen. 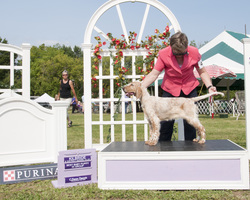 This is a picture with Ms. Linda McKenzie winning Best Baby Puppy at her first show in Milton. 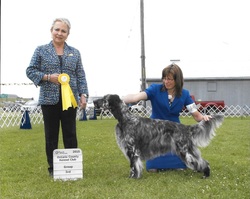 Ebony is just waiting for her first litter